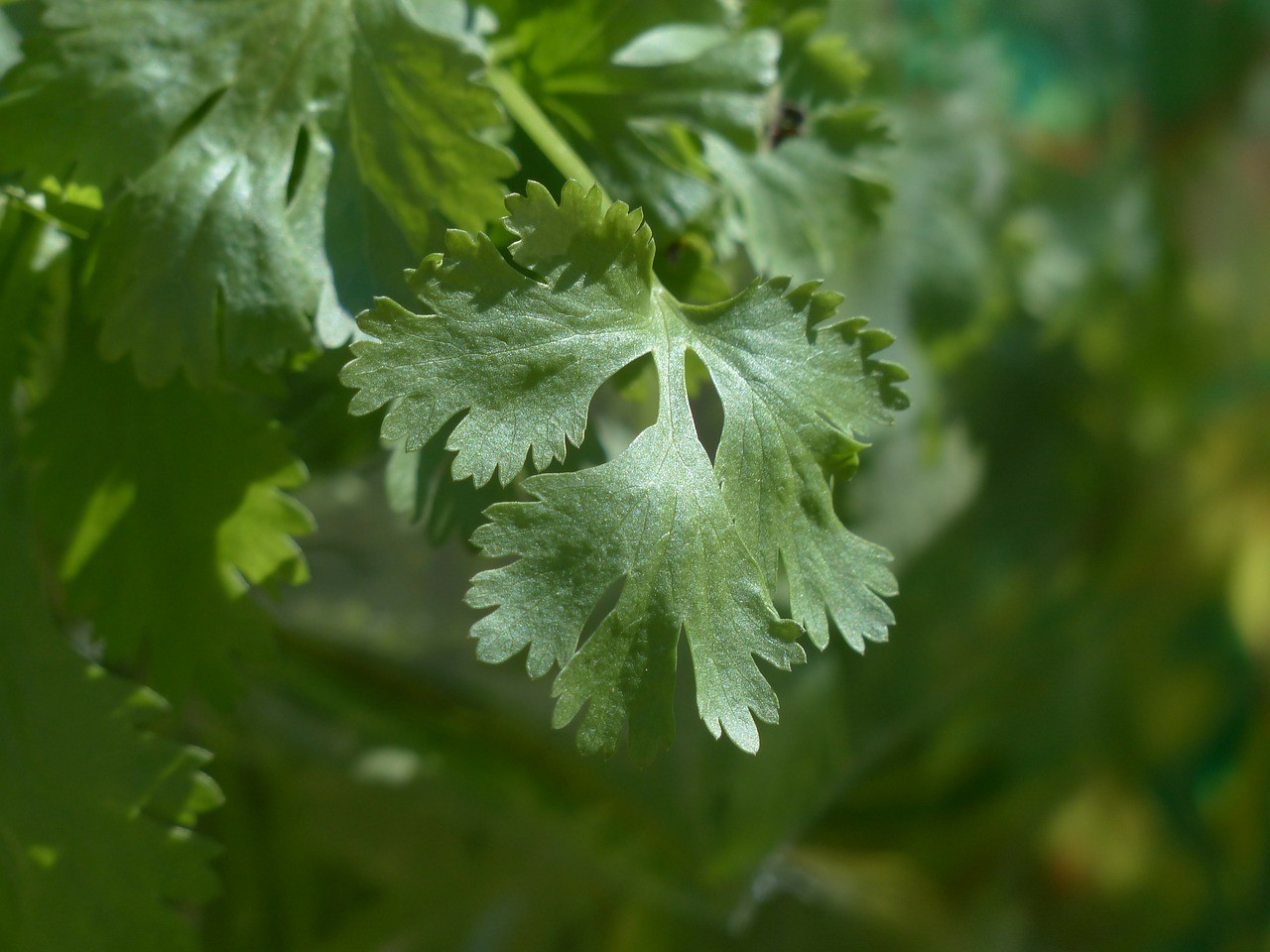 Coriandrum sativum also known as coriander, cilantro, or Chinese parsley, is a green leafy annual herb that forms green seeds. It is used for cooking, beverage making, medicine, cosmetics, and flavorings. Coriander has a lot of uses and properties which include: analgesic, antispasmodic, fungicidal, digestive stimulant, detoxification and blood purification.

The use of coriander dates back to centuries ago. Ancient Egyptians called Coriandrum sativum as the “spice of happiness,” and they believed that it had strong medicinal properties. Hippocrates was also known to have used it in Greek medicine. The Chinese used it to treat nausea and toothaches; it was also used as a tonic for the heart and stomach. Coriander (binomial name Coriandrum sativum), also known as cilantro or Chinese parsley, is an annual herb which belongs to the family Apiaceae. All the parts are edible, but the dried seeds and fresh leaves are the ones used in cooking. Coriander leaves or cilantro are rich in vitamin A, vitamin C, and vitamin K. Coriander seeds contain minerals such as manganese, iron, calcium, selenium, and magnesium.

The plant is native to regions in southern Europe, northern Africa, and southwestern Asia. It usually grows to a height of 20 inches (50 cm). The leaves differ in shape; slender and feathery on the flowering stems and broadly lobed at the base. Cilantro is the Spanish term for coriander. In North American English, it refers to coriander leaves, mainly because of its use In Mexican cuisine.

The oldest archaeological find was in Nahal Hemar Cave in Israel. Coriandrum sativum was cultivated in Greece since the second millennium B.C. It was used as a herb for its leaves and as a spice for its seeds. Coriander was first brought to North America in 1670; it was one of the first spices that were cultivated by early settlers.

Leaves – There are many terms used to refer to coriander leaves: Chinese parsley, fresh coriander, dhania, or cilantro. The fresh leaves are used as an ingredient in many South Asian dishes such as chutneys and salads. It is also widely used in China, Thailand, Mexico (in salsas and guacamole), and Russia (salads). Coriander leaves are also used in Indian dishes as a garnish.

When choosing coriander leaves, pick the ones that have firm, unwilted leaves, vivid green in color, and with no signs of browning or yellowing. Leaves that are smaller in size are more tender and have a milder flavor.

Seeds – The dry fruits produced by the plant are known as coriander seeds. They have a citrus flavor when crushed. The taste is described as spicy, warm, nutty, and orange-flavored. There are two types: the large fruit type (3-5 mm) and the small fruit type (1.5-3mm). The large fruit varieties are grown in tropical and subtropical countries like India, Morocco, and Australia. They are mainly used as spices. The small fruit types are grown in temperate regions and used in making essential oils. Food applications – Coriander seeds come in two forms: in ground form or whole dried seeds. Roasting the seeds increases the flavor and aroma. This practice is common in India, where it is eaten as a snack. Ground coriander seeds lose flavor quickly, so it’s best to use them fresh. They are used in making Indian curries, where they are mixed with cumin.

Coriander seeds are also used in the process of pickling vegetables. In Germany and South Africa, they are used in making sausages. In Russia and Central Europe, coriander is an ingredient in making rye bread. In some parts of North America, the powdered seeds are mixed with chili and used as a condiment for meat, while the leaves are used in making salads. Coriander seeds are also used in brewing certain types of beer, specifically Belgian wheat beers. The seeds are mixed with orange peel to add a citrus flavor.

Coriander fruit oil is derived from dried coriander seeds and is used to relieve muscle spasms and cramps. The oil desensitizes and soothes the affected area. It can be used to ease arthritis pain, toothaches, and headaches. Coriandrum sativum is used in topical pain creams and lotions. Some people diffuse the oil into the air to relax the mind and body. It is believed that the oil’s aroma can stimulate nervous system activity and brain function. Some believe that it can help to boost spirits up and fight depression.

Real Time Pain Relief is a topical cream that you can use to relieve arthritis pain, back pain, hand pain, muscle pain, cramps, bruises, and sprains. It is made from natural ingredients, safe to use, and FDA registered. Real Time Pain Relief provides soothing relief within minutes. It is non-greasy and has no harsh chemicals or unpleasant residue.

You can order online, shop at the convenience of your home, and have the products delivered right at your doorstep. Enjoy free shipping on orders $39.95 and above. Don’t let yourself suffer from pain, get Real Time Pain Relief now.

Many disorders are now becoming common around the world, and many people are looking for alternative, more natural remedies. Coriandrum sativum is a herb which has been used for centuries both for cooking and medicinal purposes. Coriander has many health benefits and may help in treating disorders like high blood pressure, high cholesterol levels, diabetes, skin problems, ulcers, anemia, urinary tract infection, and arthritis.

Coriandrum sativum, also known as coriander, cilantro, or Chinese parsley, is a herb that is used as a spice and valued for its medicinal properties. Both the coriander seeds and the leaves are used in cooking, mainly in salads, salsas, and curries.

Coriander has many health benefits. It is rich in vitamins and minerals. It promotes a healthy digestive system and improves appetite. Coriandrum sativum lowers bad cholesterol and improves blood circulation. It also has antibacterial and antimicrobial properties useful for treating skin problems or mouth sores. Coriander is also used to relieve headaches, muscle cramps, and joint pain.

The Health Benefits of Calendula Officinalis
How to Ease Hand, Finger, and Wrist Pain
To Top