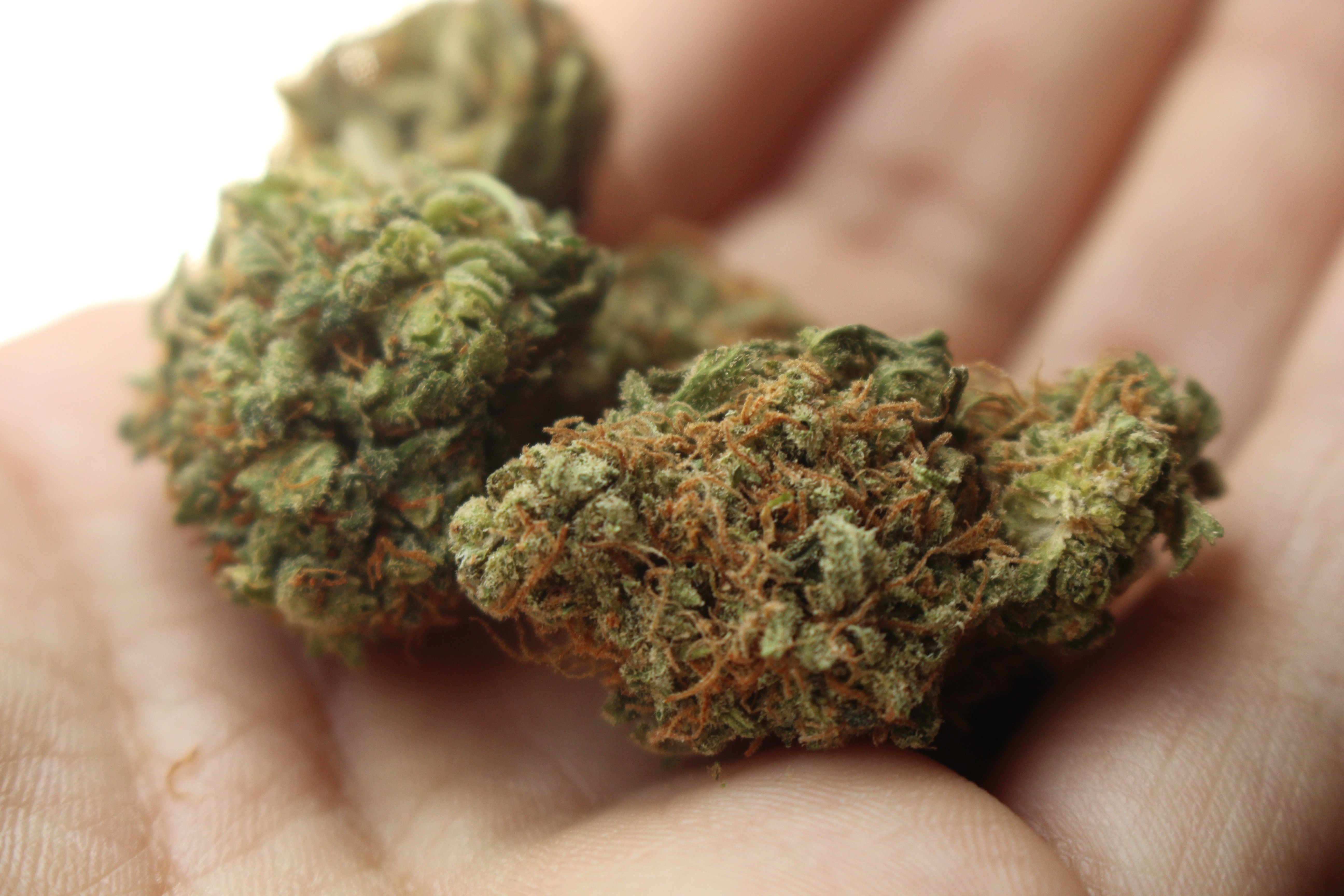 How do these cannabis strains differ from each other?

Read on to understand more about cannabis strains.

Cannabis is one of the oldest crops known to humanity, with records of its cultivation dating back thousands of years. Cannabis is widely used to treat a variety of common medical conditions since the ancient times.

When people talk about Cannabis, they are often referring to two species of the cannabis plant, the Cannabis indica and Cannabis sativa. Understanding the difference between the two is important to find the right strain to use for a particular medical condition. While many cannabis strains are derived from sativa and indica species, there has been a debate about a third type of cannabis, called Cannabis ruderalis.

You may also notice that Cannabis strains have hybrids. Crossbreeding of indica and sativa strains has also led to a wide variety of hybrid cannabis strains. Each strain has it’s own distinctive effects on the body and mind that results in a range of medicinal benefits.

Cannabis sativa was the first species to be given a name, and it is by a Swedish botanist Carl Linnaeus in 1753. The botanist classified the cannabis he found as sativa, which comes from the Latin word, cultivated.

Sativas originally grow in countries near the equator such as Colombia, Mexico, and Thailand. This species thrive in hotter climates with longer daylight hours and lots of sunshine. They are typically grown to between eight and twelve feet, but sativas are capable of growing taller than twenty feet if they’re allowed to do so.

These tall, tree-like sativa plants have long, thin, finger-like leaves that can soak up as much light as possible. They take longer to grow, but can generate massive harvests. Without anything to compare it to, Linnaeus thought that Cannabis sativa was a single, undivided species of the plant.

However, it all changed after thirty years, because of a French naturalist by the name of Jean-Baptiste Lamarck.

In 1783, Lamarck came across a type of cannabis that was distinct and very different from the sativa that Linnaeus discovered many years earlier. From the rocky, environmentally hostile Hindu Kush Mountains in the Middle East, these cannabis plants were much shorter, about three to four feet high and densely branched with broad, wider leaves. Its leaves are a much darker, with forest green color because of a higher concentration of chlorophyll.

The species that Lamarck called Cannabis indica, adapted to its harsh environment in countries such as Afghanistan, India, Turkey, and Morocco. It developed some unique characteristics. Cannabis indica developed the ability to produce resin. Resin is a sticky, organic substance produced by plants, which is very dense in cannabinoids and often makes Cannabis indica strains very potent.

Cannabis ruderalis originated from Russia. It was first classified in 1924 by a Russian botanist named D.E. Janischevsky. The name “ruderalis” is derived from the root word ruderal, a description in the plant world of a species that grows in spite of humans and adapting to extreme environments.

The botanist observed that this species of cannabis is noticeably different from sativa and indica. It grows no higher than two feet tall with a wild, unbranched appearance. In 2004, a study analyzing one hundred fifty-seven different cannabis samples of all types and geographical origins found that six of them weren’t related to indica and sativa, and concluded that it was this third, lesser-known species of ruderalis.

Cannabis ruderalis is rarely mentioned, and on its own has almost no medical benefit because it has a much lower concentration of THC, the psychoactive element in cannabis.

Distinguishing Factors of Sativa and Indica

The most common way to purchase medical cannabis is in the form of dried buds, and indica and sativa buds have some noticeable visual differences.

Sativa buds look larger than indica buds, but they are also looser and not as dense. They look almost like a collection of fine hair. Sativa buds are also airy and lighter compared to an indica because when sativas bloom, the flower forms along the branch almost like it is being stretched out. Since they grow in much warmer climates, sativa often feature deep red or orange coloring.

Indica buds are shorter and more compact compared to sativa buds. Indica buds are also very dense because their flowers tends to stick closer to nodes along the stem when they blossom. Consequently, indica buds look fuller and feel firmer when you touch them.

Since indicas are native to cooler climates, they tend to have purple color. The purple strains are dominant in indica, but sativas can develop some purple if they are grown in cool climates as well.

Medicinal Effects of Sativa and Indica

Physical characteristics may help you tell the difference between an indica and sativa, but the best way to be sure is to know its effects on your body after consuming it. Sativa strains tend to provide a more energizing experience while indica strains generally provide a sense of deep body relaxation.

Sativas are ideal daytime strains because they typically have energetic and uplifting effects, which is the total opposite of indicas. Usually, sativas are associated with creativity, energy, and better mental focus. With sativa, you can think functional like having more ideas, being more productive, and countering fatigue either in the morning or in mid-afternoon.

Laughter and better ability to carry on a conversation are other reported effects of sativas. This strain is very popular among philosophers, artists, and musicians due to its associated creativity.

Some sativas even have an effect that enhances lights and sounds, and making music, movies, and your surroundings more vibrant. However, it’s not an indica or sativa that produces these different medical effects, but it’s compounds in cannabis plants called cannabinoids.

Indica strains are associated with very relaxing and sedating effects, which is why it is ideal to take in the afternoon or nighttime. It is commonly associated with a sleepy, relaxed feeling behind your eyes. Indicas are great options when you have a problem sleeping.

On the other hand, indicas provide intense body effects, like a loosening of your limbs and muscles. It can be so relaxing that you can just sit on the couch over a period, hence the popular “couch-lock” term to describe the effects.

Indicas are often associated with a “high” feeling. People describe this feeling as your physical senses are heightened while listening to music, eating food, or touching different textures.

Cannabinoids are the essential part of what makes cannabis medicinal. More than one hundred cannabinoids produced by cannabis plants have various effects on the body.

Your body has an endocannabinoid system, a series of receptors found in your brain, organs, glands, and cells that produce cannabis-like substances that affect pain, inflammation, and many other processes in your body.

The two most commonly studied cannabinoids are tetrahydrocannabinol (THC) and cannabidiol (CBD). THC is the psychoactive component in cannabis, which is an appetite stimulant and has been reported to help with nausea and vomiting. CBD has very little psychoactive effect and can actually reduce the “high” caused by THC to become more tolerable.

Both indica and sativa cannabis strains contain THC, CBD, and other cannabinoids. People usually think that indica strains are more psychoactive and therefore higher in THC, while sativa strains are higher in CBD.

You can find milder strains that have less than ten percent THC and others that have more than twenty percent THC and much stronger, both in an indica or a sativa species. Today, the difference between indica and sativa has become blurred more than ever because of the frequent blending of the genetics of these two species.

In medical cannabis, instead of crossbreeding, strains that combine the genetics from multiple plants are called hybrids. Male and female cannabis plants can pollinate together to produce offspring in the form of seeds, which can be used to grow new plants with characteristics from both of its parent strains. Hybrid strains can be bred to cultivate the best qualities of the sativa and of the indica in one super plant.

Cannabis hybrids can be dominant with either sativa or indica, and you can expect to experience more of the effects associated with the dominant strain. The three different types of hybrids are sativa-dominant, indica-dominant, and balanced.

Sativa-dominant usually provide a stimulating head high that is coupled well with a relaxing body feeling, typically used to provide relaxation both mentally and physically.

Indica-dominant generally provide a strong body high and sedated feeling, but with a mild mental effect that will not necessarily put you to sleep.

Balanced hybrids represent an even amount of sativa and indica, providing an all-over effect that affects both mind and body.

These are just rough overviews since benefits and effect may vary according to the strain and each user’s biochemistry.

Almost all strains grown by licensed cannabis producers for medical purposes are hybrids. It is quite rare to find a strain truly one hundred percent indica or sativa.

Cannabis to be used as medicine must have consistency between crop yields and replicable results are of utmost importance. This can be achieved by carefully creating the strains in a controlled growing environment. With Cannabis hybrids, a sativa strain could produce similar body effects to an indica, and an indica could energize someone mentally similar to a sativa.