Glucosamine is one of the most famous dietary supplements used by adults. People use it to relieve pain from medical conditions such as osteoarthritis and other diseases affecting the joints. In general, it is considered safe to use (subject to some precautions).

Health supplements like glucosamine are not pharmaceutical drugs. They are alternative forms of treatment which can be used by people who are willing to explore ways to treat their diseases and medical conditions. Read this article to learn more about glucosamine supplements and creams. 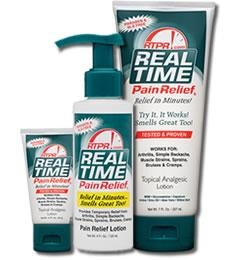 Glucosamine is a natural compound found in the human body. Our body produces glucosamine to help build ligaments, cartilage (the tissue which cushions the bones in the joints), tendons, and in making synovial fluid which is important in joint lubrication.

As we get older, the natural cushion of the joints becomes thinner and less efficient. When this happens, the joints will rub on each other, creating friction. Constant friction can lead to osteoarthritis – a condition which causes pain and stiffness in the joints.

In 1876, Georg Ledderhose became the first person to prepare glucosamine. He was able to do this by using the process of hydrolysis on chitin, the most common source of glucosamine. Walter Haworth made further studies on the chemistry of glucosamine in 1939.

Glucosamine is used in making dietary supplements, the main source of which is chitin, the main component of crustacean exoskeletons (hard outer shell of crabs, lobsters, and shrimp). There are also shellfish-free versions that are available in the market – it is referred to as Vegetarian Glucosamine. It is sourced from corn or wheat by using a fermentation process.

Nowadays, glucosamine is being used to provide relief from osteoarthritis by reducing pain, minimizing inflammation, improving mobility, and relieving symptoms. Different treatment options are available: topical creams can be applied on the skin, supplements can be taken orally, and doctors can inject glucosamine directly into the affected joints.

Glucosamine is a precursor of glycosaminoglycans, a major component of cartilage. Medical research has focused on the potential of glucosamine supplements to beneficially influence the cartilage structure and alleviate arthritis.

Some studies suggest that taking glucosamine supplements or using topical creams that contain glucosamine can ease joint pain from osteoarthritis and Temporomandibular Joint disorders (TMJ) of the jaw.

In the United States, glucosamine is one of the most common non-mineral, non-vitamin dietary supplements used by adults. Glucosamine serves as building blocks for growth, maintenance, and repair of cartilage in the body. It lubricates joints, helps cartilage retain water, and also prevents its breakdown.

Osteoarthritis is a joint disease which results from the breakdown of joint cartilage and underlying bone. Symptoms include joint pain, stiffness, joint swelling, reduced range of motion, and if the back is affected, weakness of the arms and legs.

The joints which are usually afflicted by osteoarthritis are the base of the thumb, the end of the fingers, lower back, neck, hips, and knees. As a consequence, muscle loss may also occur. Osteoarthritis can disrupt work and normal daily activities.

What causes osteoarthritis? The condition may be due to a previous injury to the joints, abnormal joint development, and family history. People who are overweight or have occupations that result in stress to the joints have an increased risk of having osteoarthritis (OA).

Diagnosis is based on signs and symptoms. Medical imaging (X-rays) and other tests are used to establish a diagnosis or rule out other problems. Unlike rheumatoid arthritis which is an inflammatory condition, osteoarthritis does not result in the joints becoming hot or red.

The treatment for osteoarthritis includes exercise, efforts to reduce joint stress, and pain medications. Resting and the use of a cane are some beneficial measures. If other treatments fail, joint replacement surgery may be an option. An artificial joint usually lasts for 10 to 15 years.

Adverse reactions to glucosamine are usually mild and infrequent. Possible side effects include stomach upset, diarrhea, constipation, headache, and rash. If a person experiences adverse effects from taking glucosamine, it is believed that hypersensitivity to the supplement is the most likely cause.

An individual who has an allergy to shellfish should be careful in taking glucosamine because it can lead to an allergic reaction (non-shellfish derived glucosamine can be used as an alternative). If you have medical conditions such as heart disease, high blood pressure, kidney disease, bleeding disorders, or diabetes, consult with your doctor first before taking any supplements.

Before taking glucosamine, ask advice from a physician if you are also taking other medicines such as diabetes drugs, heart drugs, or blood thinners. Also, glucosamine is not recommended for young children, pregnant women, and those who are breastfeeding (more research is needed to find out if glucosamine is safe for these groups).

People can consider using topical skin creams to relieve pain from osteoarthritis. Since they are only applied to the skin, the possibility of adverse reactions are greatly minimized. Pain creams are generally considered safe to use.

It can be used for arthritic pain, back pain, muscle strain, sprain, bruises, cramps, and other body pains. The pain cream has no odor, greasy feeling, or unpleasant residue. Real Time Pain Relief is FDA registered and is available over the counter.

Real Time Pain Relief is made from natural ingredients and can be used to relieve joint pain due to osteoarthritis. It penetrates deep into the skin; it has a soothing effect on joints, muscles, cartilage, and tendons. Try it now.

Glucosamine is a natural compound which can be found in the body. It is commonly used as an ingredient in dietary supplements and pain creams. Glucosamine is derived from chitin, a component of crustacean exoskeletons (hard shell of crabs, lobsters, and shrimp) or other sources such as corn or wheat.

Many people use glucosamine to get pain relief from osteoarthritis. It is used to reduce pain, minimize inflammation, improve mobility, and relieve symptoms. The use of glucosamine is generally considered safe; however it is not recommended for young children, pregnant women, and breastfeeding mothers as a safety precaution.