Coriandrum Sativum is a powerful green leafy annual plant that forms green seeds.  For centuries, the Coriander plant has been used for cooking, medicine, beverage making, dyeing fabrics, cosmetics, flavorings, and repellants.  It has a long list of attributes that include: analgesic, fungicidal, antispasmodic, digestive stimulant, deodorant, aphrodisiac, combatant for flatulence, energy stimulator, tones the stomach and improves its functions, and detoxifies and purifies the blood.

This herb has been used for centuries.  The Ancient Egyptians referred to Coriander as the “Spice of Happiness” and believed it had strong medicinal qualities. Seeds from the coriander plant were even found in Rameses II and King Tut’s tombs.  Hippocrates was also known to use it in medicines for the Greeks.  The Chinese have used it for centuries to treat nausea, toothaches, and as a tonic for the stomach and heart.

Since the herb grows in numerous regions of the world, many cultures still use this herb today.  It is believed that every human contains a gene that makes them either like or dislike the smell and taste of this herb. 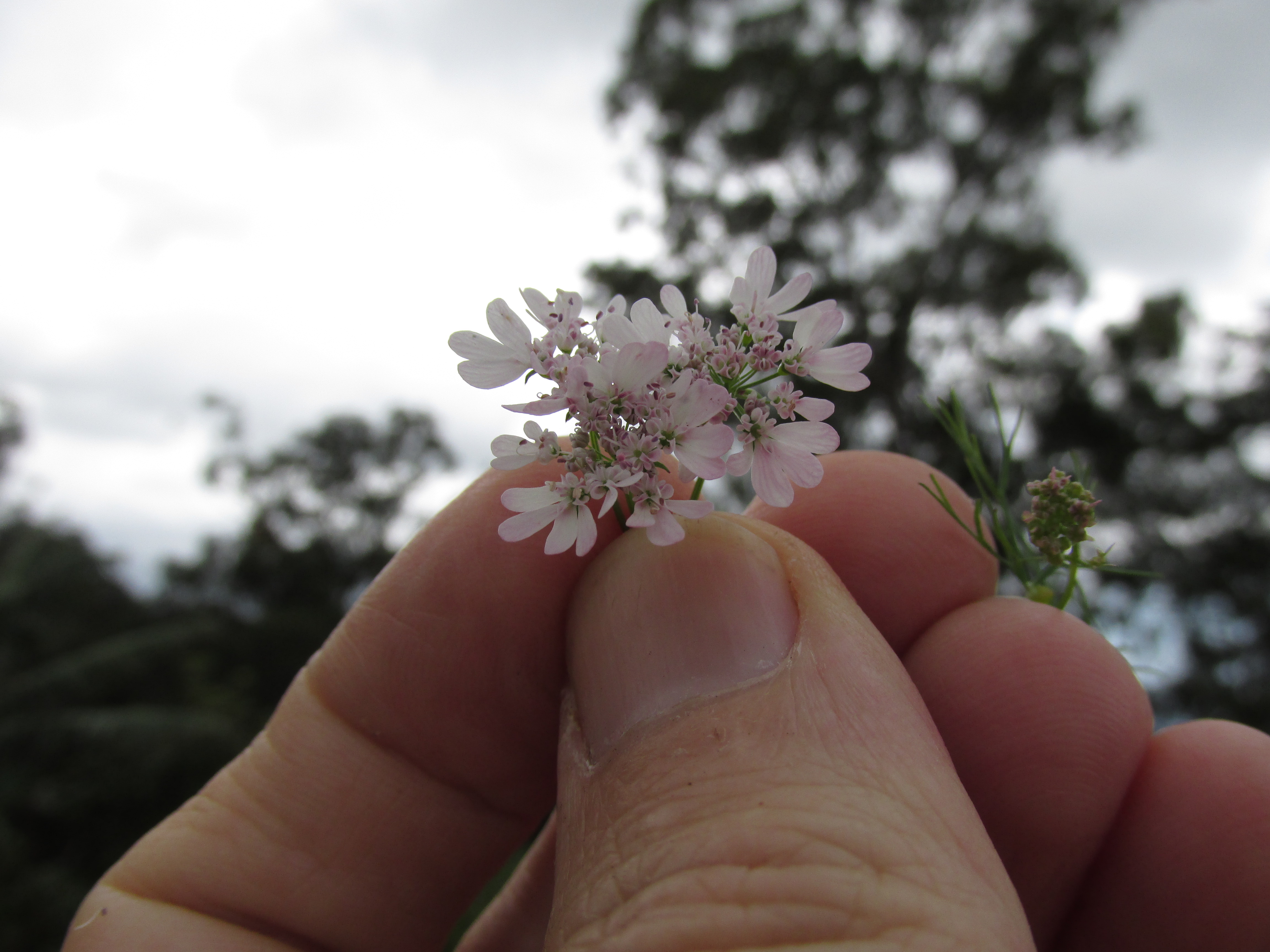 Coriander Fruit Oil is derived from the dried seeds and is associated with relieving and preventing muscle spasms, cramps, and convulsions.  This oil is able to desensitize the area at the site of the pain.  It is exceptional for relieving muscle and joint pain associated with arthritis, as well as pain from injuries.  It is also known for relieving toothaches and headaches.   This ingirdient is often used in topical pain lotions.

Many people love to diffuse the oil into the air they breathe because it is great for the mind and body.  The aroma of the oil can stimulate brain function and nervous system activity.  It is believed to boost the spirits and fight depression.

The whole plant, including the seeds, is edible.  The fresh leaves are very high in Vitamins A and C, Riboflavin, Dietary Fiber, and Antioxidants.  They can be used like a garnish or added to salads, sauces, or meat dishes.  The seeds are dried and used in many different cuisines such as soups, stews, sauces, sausages, sweet breads, cakes, and meat dishes.

“ganz oder gemahlen” by nirak68 is licensed under CC BY-SA