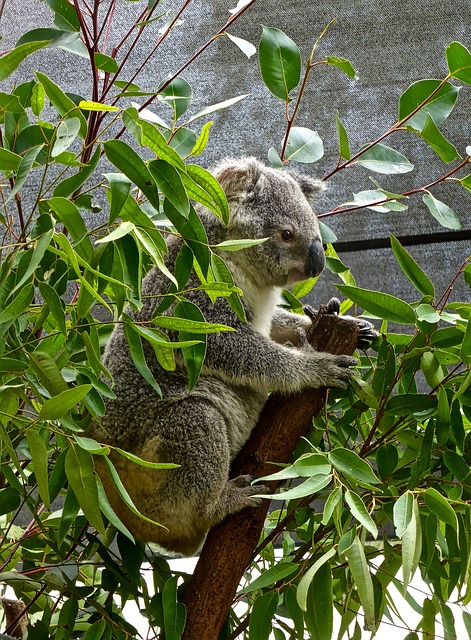 Eucalyptus Oil has amazing medicinal properties and is derived from steam distilling leaves from the Eucalyptus Tree. This tree, also referred to as the Tasmanian Blue Gum, is native to Australia and puts off a pungent fragrance. The Australian Blue Mountains received their name because the Eucalyptus forests vaporize on hot days and emit a blue haze. Native Aborigines used eucalyptus all the time. They were known to infuse oil with Eucalyptus and use it for body pains, colds, wounds, burns, ulcers, sinus congestion, and fever.

The History of Eucalyptus Oil
In 1788, the leaves were first steam distilled into an essential oil because it was believed that the oil would be beneficial for respiratory system conditions like asthma, bronchitis, coughs, and flu. A little later, German doctors, Cole and Homeyer, began publishing works that related to the oil as an antiseptic and antibacterial. Along with its respiratory benefits, they classified it as a “sudorific, a stimulant, anti catarrhal, and astringent”.

During the 1850s, Baron Ferdinand Von Mueller, a German botanist and explorer, made Eucalyptus Globulus reputable around the world. He believed it was an amazing plant that could work wonders and encouraged the production of the oil on a commercial scale. He advocated that the trees could combat disease and advised that the seeds should be exported to countries that were suffering from Malaria outbreaks. He believed that growing the trees in these areas could purify the soil and air, absorb excess water from marshy areas, and cause mosquitoes to leave due to the pungent smell and change in environment. The French government took the advice and sent some seeds to Algeria in 1855 and found that Mueller was correct.  This tree has an uncanny ability to absorb large amounts of water and drastically changed marshy areas into dry environments. Miraculously, disease-ridden areas were transformed into healthy ones.

In the early 1880s, surgeons began using Eucalyptus oil during operations as an antiseptic. The oil made a name for itself and people began thinking of it as a staple for home-medicine kits. During World War I, the oil was in great demand by hospitals and surgeons. It was used for the 1919 Influenza Outbreak. This oil was even successful at controlling a meningitis outbreak around the same time. 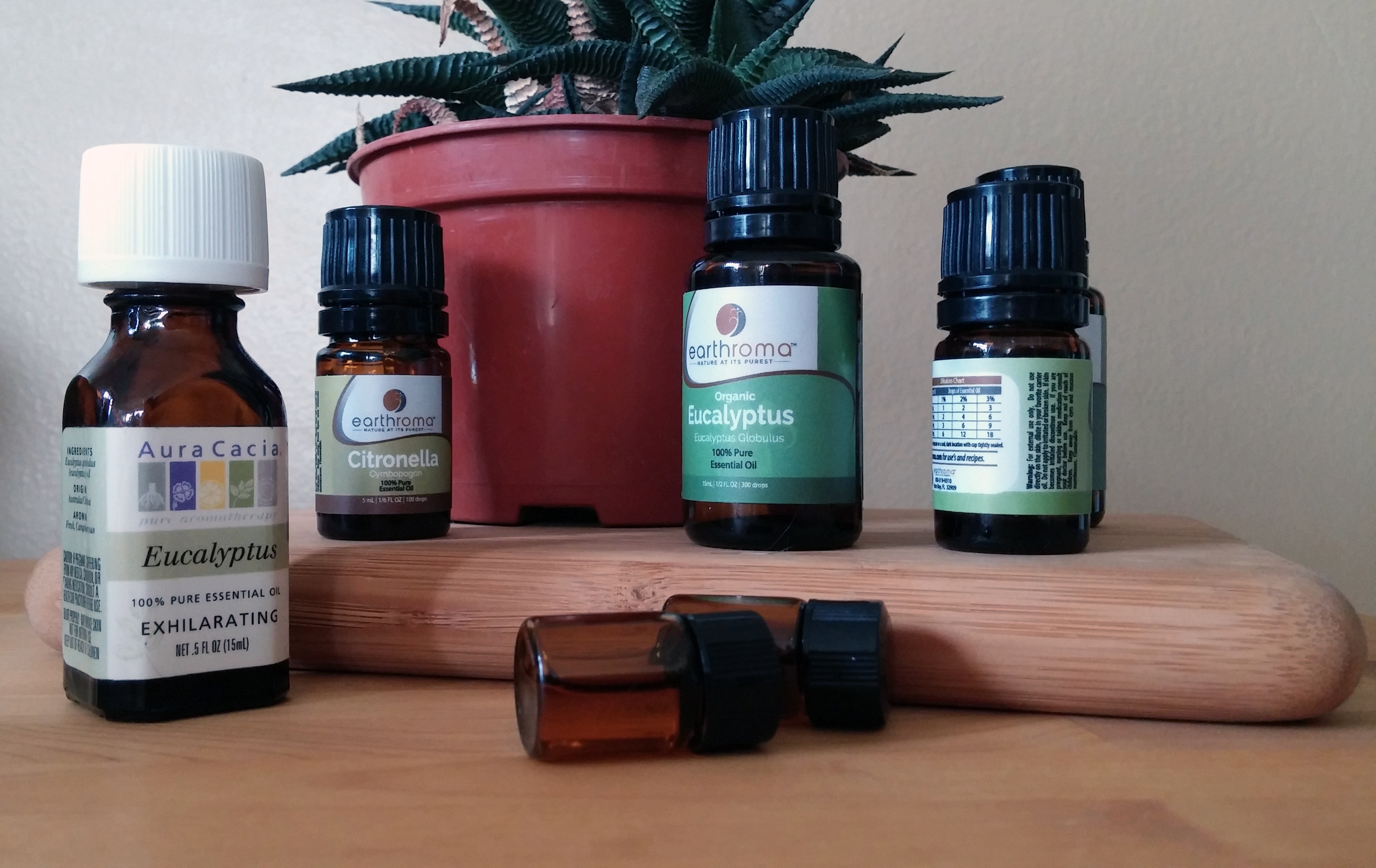 Modern Uses
Many people love using Eucalyptus oil for its aromatherapy benefits. It instills feelings of vitality, harmony, and balance, and banishes emotional stress and anxiety. Researchers believe that it stimulates blood flow to the brain. If the brain gets more blood, it receives more fuel in order to be focused. Eucalyptus has the ability to relieve mental exhaustion and rejuvenate the spirits of those who are sick. A study published in the BMC Immunology states that Eucalyptus oil has the ability to stimulate the body’s immune system response.

A recent study by the College of Pharmacy at the University of Illinois discovered that inhaling the vapors of Eucalyptus Citriodora significantly decreases the spread of airborne tuberculosis. This research led scientists to the discovery of 32 active anti-tuberculosis compounds. They also discovered that the combination of 3 of those compounds (linalool, citronellol, and eucalyptol) had the power to reduce the transmission by 90%.

This oil can do amazing things to the air that is breathed in. When the vapors are dispersed in a room it can kill 70% of staphylococcus bacteria. It can convert unhealthy air which we breath into our lungs into good oxygen. This oil is known as a vasodilator, which means that it increases blood flow throughout the entire body because it relaxes the blood vessels and allows more blood to circulate. When we breathe in air with Eucalyptus vapors not only does our circulation improve, but it also activates the red blood cells functioning within the body and provides every single cell with more oxygen. Many health issues begin with a lack of oxygen to vital organs.

Due to its anti-inflammatory, analgesic, and antispasmodic properties, the oil is added to many topical lotions, oils, and liniments intended for pain, spasms, and cramps. When Eucalyptus is massaged into the skin it has the ability to provide relief from pain. It is a common recommendation for those suffering with rheumatism, lumbago, stiff and sore muscles, nerve pain, fibrosis, sprained ligaments and tendons, and aches. 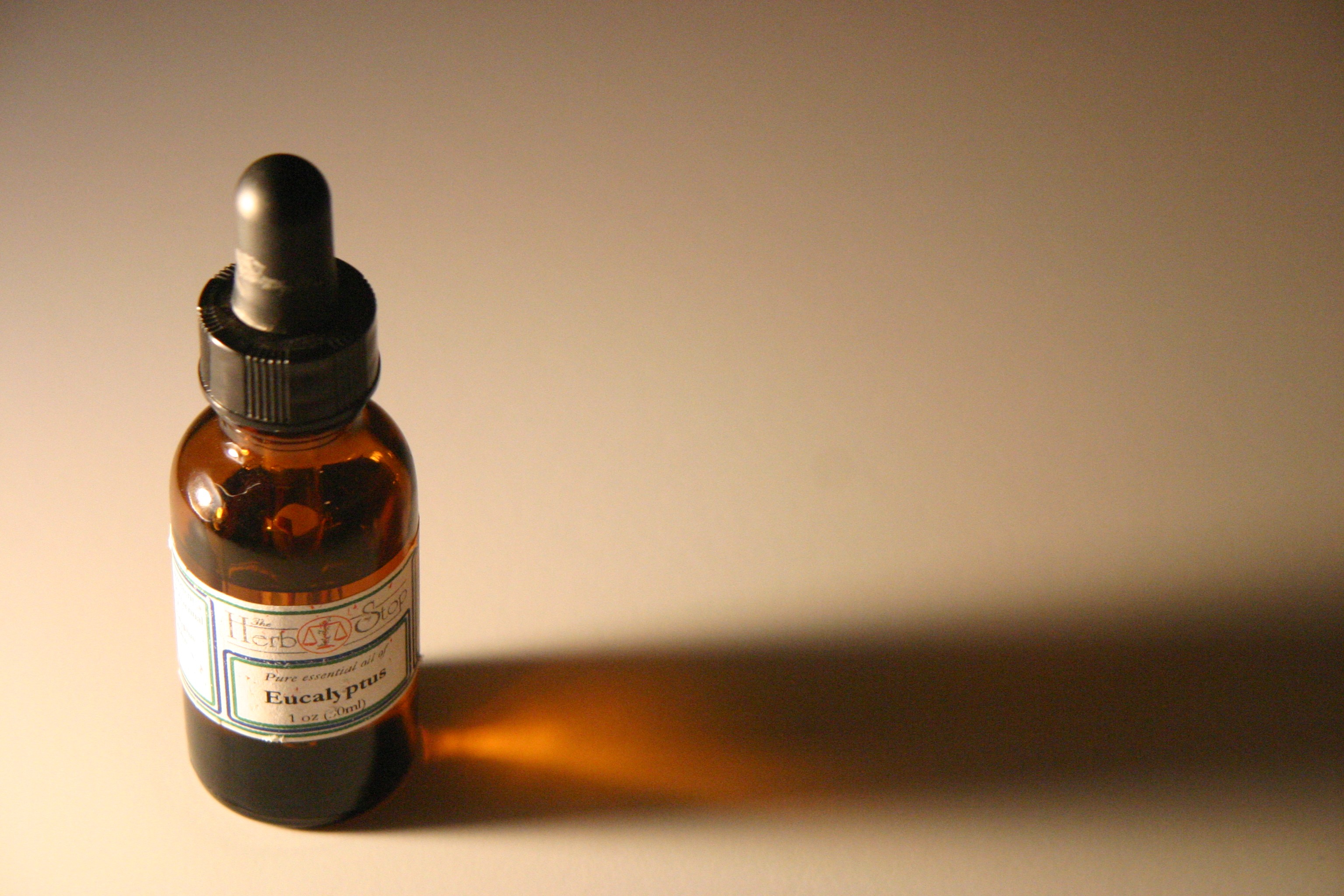 “Eucalyptus Oil” by AZAdam is licensed under CC BY-SA

The oil is also commonly used to aid with faster healing of wounds, ulcers, burns, abrasions, cuts, sores, as well as, insect bites and stings.  It is recommended for these purposes because it has antiseptic properties and protects open wounds from infection.  Its germicidal qualities protect the areas from microbial activity and aids in sealing the wound from the air. It also gives a cooling sensation that can be soothing for these issues.

Breathing in the vapors of Eucalyptus is beneficial to those with respiratory issues such as a cold, asthma, bronchitis, congestion, sinusitis, nasal congestion, runny nose, and/or sore throat. By massaging a few drops of the oil onto the chest, the vapors and aroma calm the throat and cause the blood vessels to dilate, which promotes better breathing due to the increase of oxygen in the lungs. These special attributes are the main reason that Eucalyptus is added to many cough drops and throat lozenges.

If you have any conditions of the foot, you should try REAL TIME FOOT CREAM.  This cream includes Eucalyptus Oil among other beneficial natural ingredients like Menthol, Aloe Vera, Willow Bark, Tea Tree Oil, and more. Due to the fact that our feet carry us everywhere we go and receive some of the worst wear and tear, the skin on the foot is thicker than the skin covering the rest of your body. You cannot expect a cream for the rest of your body to work as well on your feet. For this reason, Real Time FOOT CREAM has been specially formulated to provide optimum relief for your feet. Emu Oil is used because of its ability to penetrate through all the layers of the skin. Everyone’s skin has a natural barrier of protection that does not allow just anything to penetrate through, but Emu Oil matches this barrier so well that our skin actually allows it to penetrate down to the area needing relief and rejuvenation. Not only does it do this, but it also carries all the other beneficial pain-relieving ingredients included in this formula down to the sight of your pain. Real Time FOOT CREAM contains just enough Menthol to relieve your pain, but not cause you any discomfort from burning sensations. Real Time Pain Relief is committed to using low amounts of Menthol because we believe that using more than necessary is potentially harmful for you. Not only does this FOOT CREAM relieve pain and inflammation, but it also works wonder on dry, cracked feet.