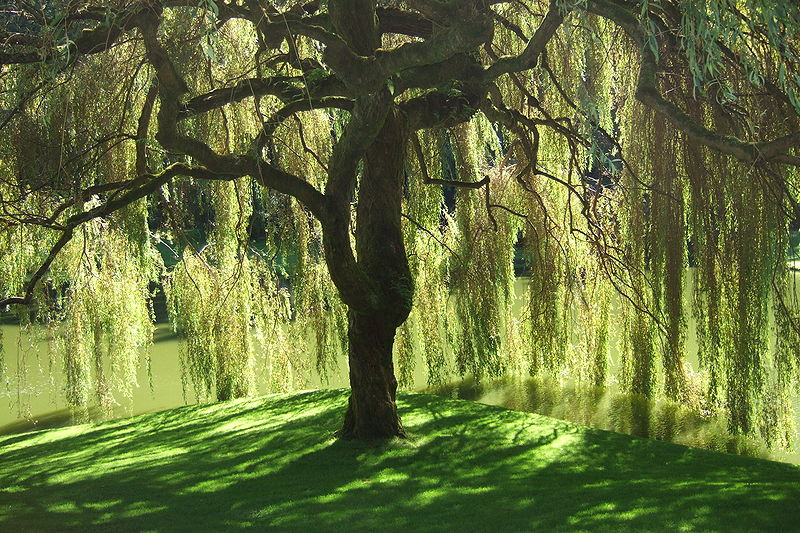 Willow Bark (sometimes known as Basket Willow, Bay Willow, or Corteza de Sauce) is found on the Willow tree and is removed for consumption after the tree is 2-3 years old. It has been used by ancient Greeks and Egyptians for many centuries. Willow Bark was commonly used during the age of Hippocrates and chewing on the bark was recommended to people who experienced pain or fever. In 1829, researchers discovered that Willow Bark contains salicin, an active ingredient that is similar to aspirin, only it does not produce damage to the liver the way that aspirin can. Some research has shown that Willow Bark is also less likely to cause gastrointestinal side effects like ibuprofen and other nonsteroidal anti-inflammatory drugs. This is why it is used for pain stemming from headaches, muscle pains, cramps, rheumatoid arthritis, osteoarthritis, gout and some forms of spine disease.

In 1928, European chemists discovered how to extract salicin and convert it into salicylic acid. It became popular as a pain reliever and fever reducer, and was modified even further to become acetylsalicylic acid. Willow Bark also has the ability to treat inflammation, swelling, and musculoskeletal conditions. Research has been conducted linking Willow Bark as an effective treatment option for those who experience lower back pain. A 2001 study, which was published in the journal, Rheumatology, included a group of nearly 200 people with low back pain and revealed that those who received Willow Bark “showed a significant improvement in pain compared to those who received a placebo.” Those who received higher doses of the herb, specifically 240 mg salicin, “experienced more significant pain relief than those who received a low dose of 120 mg salicin.” Other continual research has demonstrated that Willow Bark has anti-cancer, antioxidant and anti-inflammatory properties. It has also helped with the common cold, flu, and even weight loss.

Willow Bark also contains salicylic acid which is a BHA (Butylated hydroxyanisole) that is a natural exfoliant and is used in several acne treatments. It reduces the shed of dead cells from the skin and also clears pores. It also contains phenolic acids such as salicortin, tannins, flavonoids and minerals which help with the skin’s rejuvenation process. It is important to speak with your doctor before ingesting or using Willow Bark in large doses as it can interact negatively with medications such as Anticoagulants, Beta Blockers, Diuretics, and other NSAIDs. Willow Bark can be consumed as a supplement or added as an ingredient in topical analgesics to reduce pain. It is widely and readily available and is typically inexpensive. If you experience any of the painful symptoms from the conditions listed above, Willow Bark is worth checking out and can have effective results in reducing your pain.

An In-Depth Look at Lupus
Examining the Correlation of Tension, Stress, and Chronic Pain
To Top